Before I had an ipod strapped to my arm and headphones in my ears. Before I had a nice watch ticking away the seconds with every step. Before I wore anything fancier than reebok classics. Before I understood the notion of being competitive. Before I ever put on a uniform.
Before all of that, I was just a kid who loved to run fast.

The greatest thrill my tiny body could feel was the rush of blood and lack of breath at the end of a streak across an open space.

Like everything else in this world growing older made running complicated. I started competing. I learned I should care how far and fast I could go. I took track seriously, and did cross country for the social benefits. I hated early august long runs in the afternoon heat, but I loved the conversations. I lived for the sprint around a asphalt, concrete, or rubber oval. I grew out of the reebok classics and bought fancier shoes. I learned about spikes and found brand loyalty. I tried a certain type of running shorts and switched when my times became stagnant because the problem must be something other than lost passion. I wore one watch out and bought another. I spent years trying to decide if carb loading really works. I wore a red and white uniform in middle school, a better one in blue and gold in high school. In college I wore a maroon spandex onesie that I still can’t believe actually stretched over my ridiculously long midsection. I layered in winter and debated whether it was okay to run in a sports bra in public in summer.

I ran fast. I ran slow. I ran trails and streets and any local school track with the gates left unlocked. I took long breaks when I was a bit burned out… because I never wanted running to be something I forced myself to do.

I still run. My habits and goals have changed over the years, but I still get out there. I run to clear my head. I run to feel alive. I run to stay healthy. I road race occasionally to remind myself I can still do it. I run because it was one of my first loves in this life

And at the end of every sprint, with muscles burning and lungs vibrating, I’m still just that little girl who wants to get somewhere quickly. 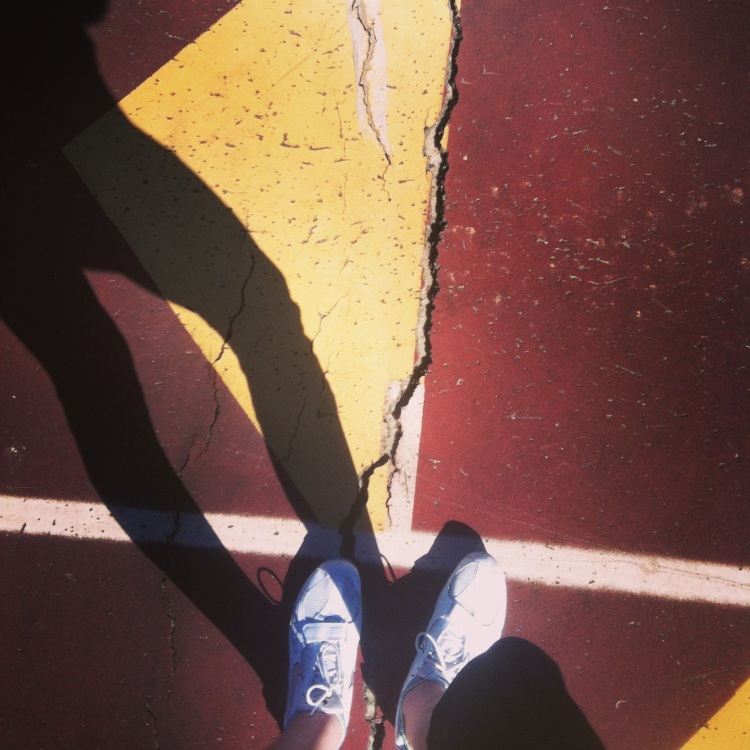